I want to make potato latkes. I want to prep the potatoes including grinding them up in the food processor ahead of time. I will have to travel with them for two hours and latkes are only good as soon as you fry them. What can I do to keep the potato batter from turning brown?

When shredding the potatoes be sure to add some acidity (such as a teaspoon of white wine vinegar or concentrated lemon juice to the water. This is one dish where doing the prep work the night before can ruin the meal. When peeled potatoes are exposed to air, oxidation turns the potatoes gray. So get everything else ready (line up your equipment and prep your other ingredients) before you start peeling, slicing and shredding the potatoes. “Onions can help block oxidation by coating some of the potato cells” Don Odiorne VP of Foodservice said. That's why some cooks alternate adding potatoes and onion to the mixture rather than doing all the potatoes first. Potatoes are typically 80 percent water and 20 percent solids or starch so to avoid soggy latkes, take the potato-onion mixture a handful at a time and literally squeeze the water out. Then add the eggs, flour and salt. Refrigerate covered to avoid exposure to air. Sometimes I’ll use a clean kitchen towel, moisten and cover the potato mixture directly. Don’t cover with foil, it can also turn the potatoes dark or gray so use clear plastic wrap instead. Then, when you arrive at your event go ahead and cook off with a small amount of oil, heated enough to sizzle when you put a drop of water in the pan. It should not be cool and it should not be the opposite, smoking.

You might try an experiment for keeping the latkes crisp, cook off ahead of time, place covered in layers on paper towels and refrigerate or chill. Then two hours later, transfer to a sheet pan in the oven at 300-325 degrees and warm. Should stay crispy this way. 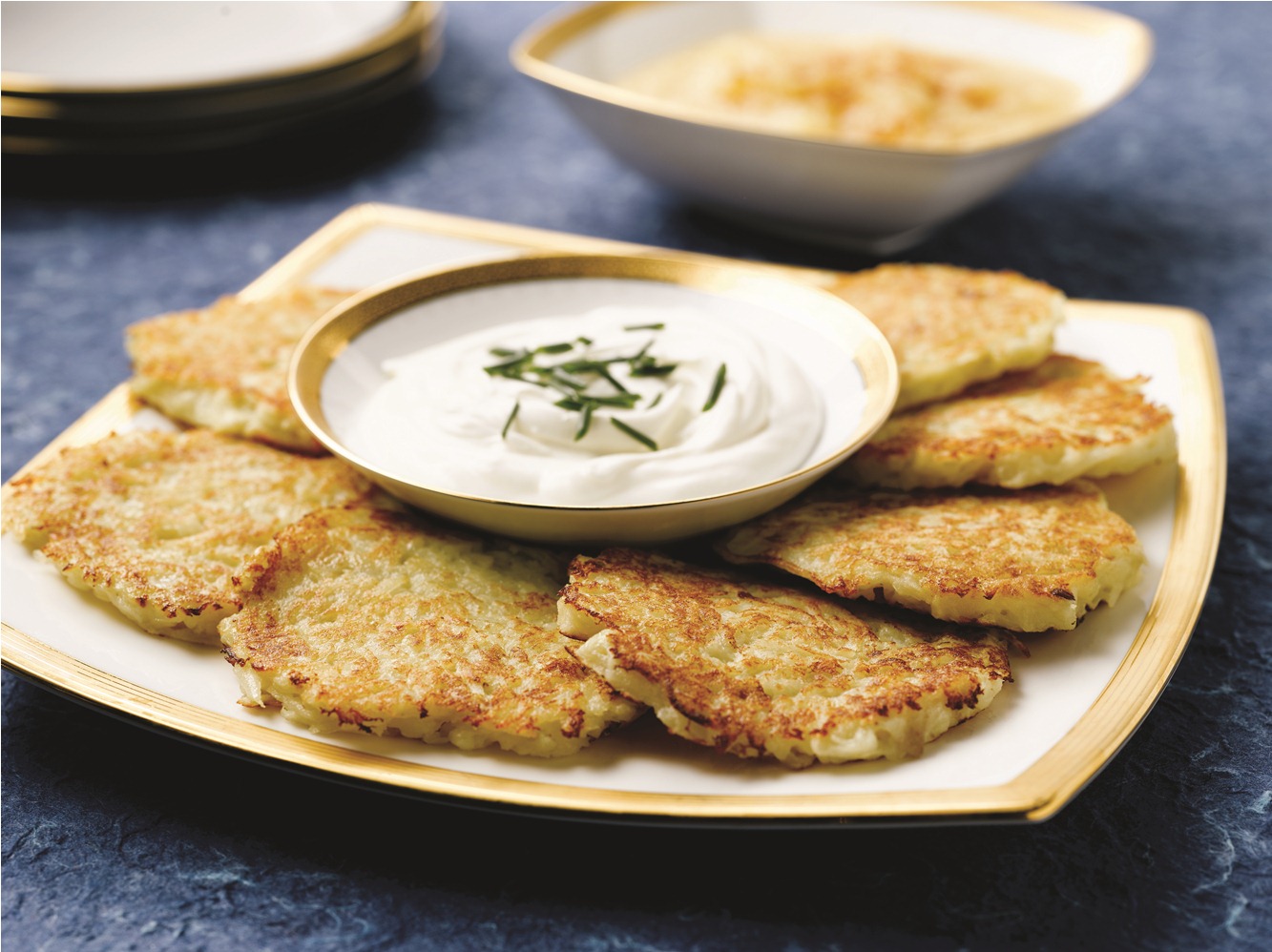