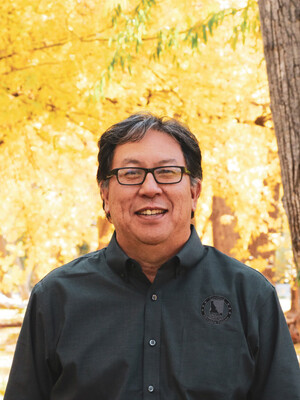 Paul is currently the Field Manager for McCain Foods USA, Inc. in Burley, Idaho. His primary responsibilities are managing the department that procures the raw potatoes and monitoring the crop throughout the growing season, during harvest and while in storage. His team manages the transportation of the raw potatoes into the fry plant and maintains the relationship with the growers and the factory. Paul started his career with McCain Foods in April, 2002 as a Field Representative in Othello, WA. In 2007, he became the Associate Pastor at Lake City Foursquare Church in Moses Lake, WA, but continued to work part-time for McCain Food for two years. In 2011, Paul rejoined McCain Foods as the Field Manager and transferred to the Burley plant in September, 2012. He loves being back in Idaho!

Born in Ontario, Oregon, Paul grew up and farmed on a third generation potato, onion, sugar beet, sweet corn and small grain farming operation on the Oregon Slope and Weiser Flat just outside of Weiser, Idaho. He and his wife Janet also vertically integrated a farming operation in Southeastern Arizona. As a farmer, Paul grew the aforementioned crops in the Treasure Valley and raised onions, cotton, chili peppers, seedless watermelon, lettuce, pumpkins, various squash and dry beans in Arizona. His passion as a grower was raising the Russet Burbank for processing in the Treasure Valley, mainly for Ore-Ida in Ontario and Burley. The Russet Burbank was the most challenging of all the produce he raised, but the most rewarding when consistent quality was achieved year over year.

Paul received his high school diploma from Weiser High School and his Bachelor of Science degree in business from Oregon State University in Corvallis, Oregon. After graduating from college and before returning to the farming operation, Paul was a banker in Portland and Salem, Oregon.

Paul and his wife Janet have two sons. Josh resides in Jacksonville, FL with wife Hannah and their daughter Morgan and Jake lives in Tucson, AZ with his wife Karen. Paul is passionate about his work and the industry he is in. He loves all sports and is a lifelong fan of the Mariners and Seahawks. He fishes and golfs when time permits and he and his wife Janet love to camp.